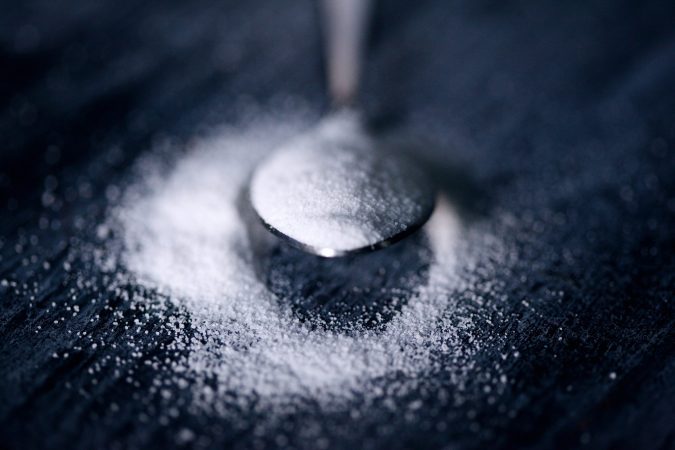 Are zero-calorie sweeteners really harmless? It’s a question of intense interest in the diabetes community, given how many of us rely heavily on diet soda, low-sugar meal replacements, stevia, allulose, and similar products.

These sugar alternatives bring a little sweetness to our lives without prompting significant or obvious blood sugar spikes, and they can be instrumental for happier, less stressful glucose control. These non-nutritive compounds are said to pass through the body without significant interaction with one’s metabolism. But more than a few studies have found that artificial sweeteners are associated with unfortunate metabolic outcomes like weight gain and poor glycemic control. Some of this evidence comes in the form of dubious observational research, but it’s still enough to make many of our readers nervous.

A new and high-quality study of the issue was published this month in Cell. A constellation of researchers have collaborated on a new randomized controlled trial (RCT) of four common sugar alternatives: aspartame, saccharin, sucralose, and stevia. The RCT is widely considered the gold standard of nutritional research: a costly and highly-controlled experiment that directly tests the effects of a food on human beings.

In the new trial, 80 healthy adults were split into groups of 20, and asked to eat six commercially available sweetener packets per day. An additional control group of 20 consumed only smaller amounts glucose, commonly used as a bulking agent in sweetener packets; a final control group of 20 had no sweeteners at all. The participants were very closely monitored throughout the experiment. They all wore continuous glucose monitors (CGMs) and took regular blood and glucose tolerance tests. The researchers even analyzed stool samples to check on any microbiome changes.

Two of the sweeteners, saccharin and sucralose, led to blood sugar spikes. When subjected to an oral glucose tolerance test, a test often used to diagnose diabetes, volunteers in the saccharin and sucralose groups had significantly steeper blood sugar rises. It appears that the sweetener itself did not necessarily raise blood sugar immediately, but instead that it significantly affected the ability to properly metabolize a sugary meal.

The magnitude of these changes is unclear. The results were not reported in mg/dL or other measures familiar to people with diabetes, and analysis of CGM data had slightly different conclusions. None of the groups showed significant differences in A1C, blood pressure, or other metabolic parameters.

Although just two of the sweeteners affected glucose metabolism, all four were associated with significant changes in gut microbiome profiles, directly contradicting the idea that non-nutritive sweeteners are “inert” and pass through the body without interacting.

How can we know if the microbiome and blood sugar shifts were related to each other? To confirm a causal link between the two, the researchers took fecal samples from human participants and transplanted them into mice with completely sterile digestive tracts. The mice soon evinced extremely similar changes to their own blood glucose results. It’s a strong suggestion that the metabolic shifts resulting from sweetener consumption are a direct result of microbiome changes.

The study has already created something of a stir. Less scrupulous sources, like the New York Post, have announced in headlines that “artificial sweeteners could cause diabetes,” a contention that isn’t even remotely supported by the research itself.

Senior author Dr. Eran Elinav, an immunologist and microbiome researcher at the Weizmann Institute of Science and the German National Cancer Center (DKFZ), emphasized that the glycemic changes identified in the study occurred in “a highly personalized manner.” Different volunteers had different responses, and because we all have unique microbiomes, it’s impossible to predict exactly how any one of us might react to the same ingredients. The effects of the microbiome remain largely mysterious, and we are likely years away from the point where our unique colonies of microorganisms can be amended or harnessed in a targeted way.

As such, it’s difficult to know what to take away from the study. It’s possible that the results wouldn’t be the same in people with diabetes, and it’s possible that individual readers would not be among the “top responders” to saccharin or sucralose. The short duration of the study also limits its applicability. While the glucose-spiking effect was found to wear off in the week after volunteers stopped consuming their sweeteners, we don’t know what would happen after longer experiments, or whether a longer duration would result in more significant metabolic changes.

Non-nutritive sweeteners may be more impactful than originally suspected, but they certainly remain healthier than sugar. Dr. Elinav stressed that, despite the results of his study, sugar “is clearly most harmful to our metabolic health.” The study may reinforce readers already skeptical about sugar alternatives, or those that have already chosen natural alternatives like stevia, which was found to have no blood sugar impact.

Hopefully, future studies will subject trendy modern sugar alternatives like monkfruit and allulose to similar experiments. There is some preliminary evidence that allulose, one of our favorites, may actually reduce blood sugar levels.

We’ve published a detailed guide to the many zero-sugar alternatives on the market, both new and old: the Complete Guide to Diabetes-Friendly Sugar Substitutes.