For years now, the dieting world has been nuts about intermittent fasting, with many experts and advocates claiming that the eating pattern is unusually beneficial for people with diabetes. We’ve published several articles on this trend ourselves, but with so much hype out there, it can be difficult to know which health claims are legitimate.

Earlier this month we were lucky enough to interview one of the experts best positioned to separate fact from fiction. Her name is Dr. Krista Varady, PhD, and she’s a Professor of Nutrition at the University of Illinois, Chicago. We met her at the 82nd annual Scientific Sessions diabetes conference, held earlier this month.

Dr. Varady began studying intermittent fasting years before it was cool. The trendy eating pattern’s recent explosion has both delighted and dismayed her.

“I couldn’t wait for it to become popular, and now that it has, I just hate it, because everyone just says anything about it, and so few of those things are proven by science.”

Dr. Varady noted that there have possibly been more entire books published on intermittent fasting than there have been actual scientific studies of the eating pattern. She wants us to sweep away the hype and engage with the data.

This article draws from Dr. Varady’s presentation at the conference and a follow-up conversation we had a few days later.

Yes! Dr. Varady has run many different clinical trials, and reviewed all the others, and the science points in one direction: “All the different types of intermittent fasting work for weight loss.”

But don’t expect any miracles – weight loss tends to be modest. “It’s really not a magical diet.”

Dr. Lisa Chow, MD, another presenter at the conference, referred to her own 2020 study as one with typical results. After 12 weeks, overweight participants randomized to a daily 8-hour time-restricted eating window lost an average of 3.7 percent of their body weight. For a 200-pound adult, that’s a bit over seven pounds.

Why Does Intermittent Fasting Work?

As Dr. Varady puts it, “the reason people are losing weight with these diets is just that they’re eating less.”

The genius of the diet is that it helps you cut calories without having to count calories. Ideally, there’s no weighing or recording of food necessary. If you only have eight hours in which to eat all of your food for the day, you’ll probably naturally eat less than you would otherwise, even if you eat your fill during your approved feasting hours.

Dr. Varady began her career by studying calorie restriction diets. Calorie-counting is highly effective, but as most readers probably know from personal experience, people tend to hate it.

“I noticed that people got really burnt out of recording their daily calorie intake in apps or food records, just the constant tracking.

Dr. Varady has spent most of her work on two different intermittent eating patterns: alternate-day fasting and time-restricted eating.

Alternate-day fasting – which limits dieters to about 500 calories every second day, but allows them to eat whatever they want on the days in between – usually results in an average of 10-15 pounds of weight loss within three months.

By contrast, time-restricted eating – which allows dieters to eat whatever they want within a defined daily window of a certain number of hours – results in somewhat slower weight loss, about 5-10 pounds within three months.

“I’m kind of surprised that it’s so popular,” Dr. Varady told me, “because the weight comes off slowly.”

The most popular form of time-restricted eating asks dieters to do all of their eating in an eight-hour window. But it is possible to lose weight faster by using smaller eating windows. When Dr. Varady’s team tested four and six-hour eating windows, they found that study participants naturally reduced their intake by about 550 calories per day. The eight-hour eating window – long enough to enjoy two regular meals – only reduces consumption by about 350 calories per day.

Does Fasting Have Extra Metabolic Benefits?

Probably not. Some studies have suggested that fasting can improve insulin sensitivity, and some experts have speculated that fasting may have unique metabolic benefits. But generally speaking, the science does not support the idea that intermittent fasting confers any supplementary health benefits in addition to weight loss.

When a group of dieters is asked to eat a certain amount of calories, the people that practice alternate-day or time-restricted eating do not seem to enjoy any additional health benefits over the people that don’t. The most in-depth study of this question was released in 2022 in the New England Journal of Medicine. A rigorous 12-month trial found that dieters that cut calories and ate within a daily 8-hour window had the same exact results as dieters that cut calories but were allowed to eat at any time of day: “Results of analyses of waist circumferences, BMI, body fat, body lean mass, blood pressure, and metabolic risk factors were consistent.”

With that said, it’s important to reiterate that significant weight loss can mean tremendous health benefits, especially for most people with type 2 diabetes. In another session at the ADA conference, experts agreed that for most patients with type 2 diabetes, weight loss addresses the totality of the metabolic condition, including insulin sensitivity and glucose control.

“If people end up losing more than 5% of their body weight, which is a clinically significant amount, that’s when they start to see reductions in blood pressure and cholesterol.” 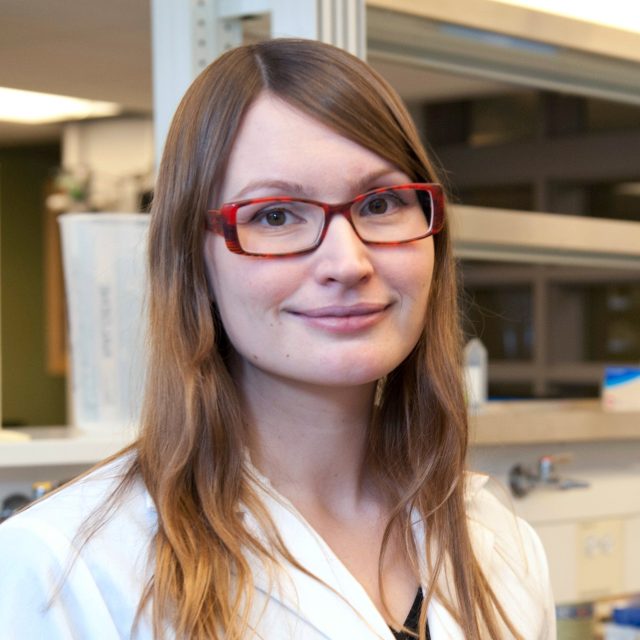 No. There is no evidence that it does.

Many people believe that intermittent fasting encourages a variety of unhealthy eating behaviors. Dr. Varady explained that these are myths, one by one:

Misunderstanding one: That intermittent fasting leads to less healthy food choices. In fact, her studies have shown that “there is no change in diet quality” when study participants are randomized to intermittent eating patterns. One study showed that proportions of sugar, saturated fat, cholesterol, sodium, and fiber intake did not change.

Misunderstanding two: That intermittent fasting leads to binging. The evidence suggests that study participants do not unreasonably gorge themselves. Dieters on alternate-day fasting did eat more on their regular feast days, but only about 10% more, not nearly enough to compensate for the much lower intake on fasting days.

Misunderstanding three: That intermittent fasting leads to eating disorders, or is itself an eating disorder. Dr. Varady has found no evidence that this happens. (She does, however, join other experts in recommending that the diet may be a poor choice for people with a history of eating disorders.)

Scientists don’t know! All we have, really, are speculation and anecdotes.

I asked Dr. Varady if there were any good studies on time-restricted eating in people with type 2 diabetes.

“I think there’s zero. There’s not even a bad study, to my knowledge.”

Her team of researchers is currently running what may be the first study of the topic. “We’ll see if it helps people reduce their meds, and maybe achieve remission.”

She’s optimistic. And some of the anecdotes are impressive, even if they haven’t been scientifically validated yet. In the Diabetes Daily forums, and elsewhere on the internet, you can find many regular people who believe that intermittent fasting is the most effective diet they’ve ever tried. Some have enjoyed impressive weight loss and metabolic health improvements, including improved blood sugar control. Some have even achieved type 2 diabetes remission.

I asked Dr. Varady if she thought these stories were for real. Her response? “Oh, for sure!”

Some patients with type 1 diabetes report that intermittent fasting has improved their glycemic control, perhaps by reducing the number of times that they need to use mealtime insulin. But the diet’s effect on type 1 diabetes management has not yet been studied in a clinical trial.

Some Words on Dr. Jason Fung, the Celebrity Fasting Advocate

Experts in the field tend to be skeptical about Dr. Fung’s claims. An even-handed review of his book The Diabetes Code in the journal Clinical Diabetes decided that Dr. Fung’s recommended diet plan might be “welcome and useful” for some patients, but that his book contained assertions that were both “highly contentious” and “clearly untrue.”

“Sadly, Jason Fung is the face of intermittent fasting, and he’s done almost no research in this area. If you look on Pubmed, he has two publications on fasting, and no actual clinical trials.

“Jason Fung is not a scientist. He says whatever he wants about fasting, even if it’s not supported by science. It’s very upsetting and dangerous.”

“He’s recommending some really dangerous stuff! He is advising people with type 2 diabetes to do five- or seven-day water fasts. Fasting should only be done under medical supervision when a person has diabetes. These patients are on medications that can cause very low blood sugar, that is, hypoglycemia. If the meds aren’t managed, the patient can pass out or experience seizures. The public needs to know that there are no studies about prolonged water fasts in people with diabetes, so the safety and efficacy are completely unknown.”

One of Dr. Fung’s favorite points is the claim that fasting triggers autophagy, a sort of cellular self-cleaning process that may be associated with health benefits like reduced inflammation and improved longevity. The science here is very speculative, to be frank. When I took a look at the issue last year, I noted that “Most doctors are relatively cautious about making claims of significant health benefits from [intermittent fasting-triggered] autophagy.”

Dr. Varady, for one, is very doubtful: “You can’t even directly measure autophagy in humans. It’s only ever been measured in yeast and worms.”

Intermittent fasting is popular for a reason: it works for weight loss, and lots of dieters enjoy it.

Dr. Varady shared a few warnings for readers thinking about taking the plunge themselves.

We have a bit more practical information in two other articles on the subject:

Diabetes and Intermittent Fasting: What You Need to Know