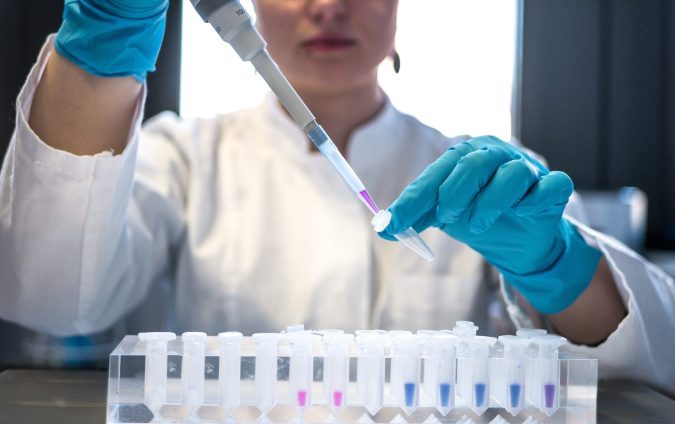 This content originally appeared on diaTribe. Republished with permission.

For many years, a cure for type 1 diabetes has only been a pipe dream for the millions of people living with type 1 diabetes. New data from Vertex Pharmaceuticals on the first people to receive a revolutionary cell therapy for type 1 suggests a significant step forward towards a cure.

Vertex first announced the development of this cell therapy (called VX-880) in 2021, which has the potential to become a “functional cure” for type 1 diabetes. This means that while recipients would technically still have a diagnosis of type 1 diabetes, they might not require insulin to manage their glucose levels.

Data from the first two participants in the trial were presented at the conference by Dr. James Markmann, chief of the division of transplant surgery at Massachusetts General Hospital, who has over 20 years of experience in kidney, pancreas, and pancreatic islet transplantation.

In the first phase of the trial, the two participants were each given half the dose of beta cells that Vertex estimated would be required. A common practice in these types of studies includes starting with half the expected dose, increasing this dose as the trial progresses.

The following results show the astonishing improvements in A1C, time in range, and reduction in insulin dose for each participant. For reference, the American Diabetes Association 2022 Standards of Care recommend a target of 70% time in range between a glucose range from 70 to 180 mg/dL. There is no “standard” insulin dose, as daily insulin doses are determined by a healthcare provider based on the needs of each individual. 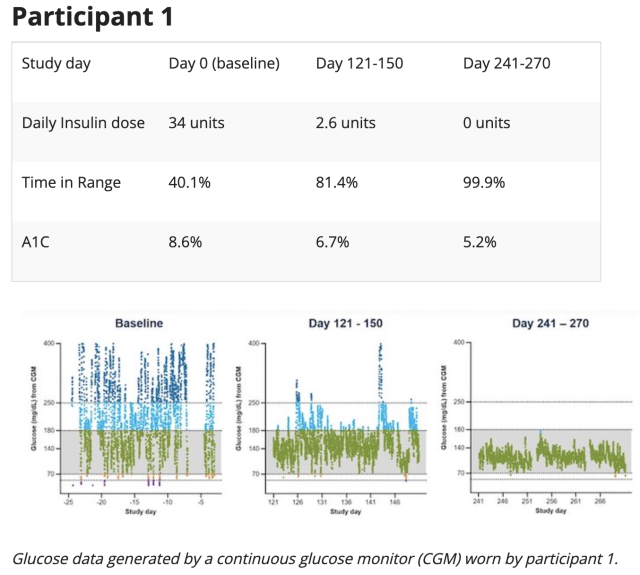 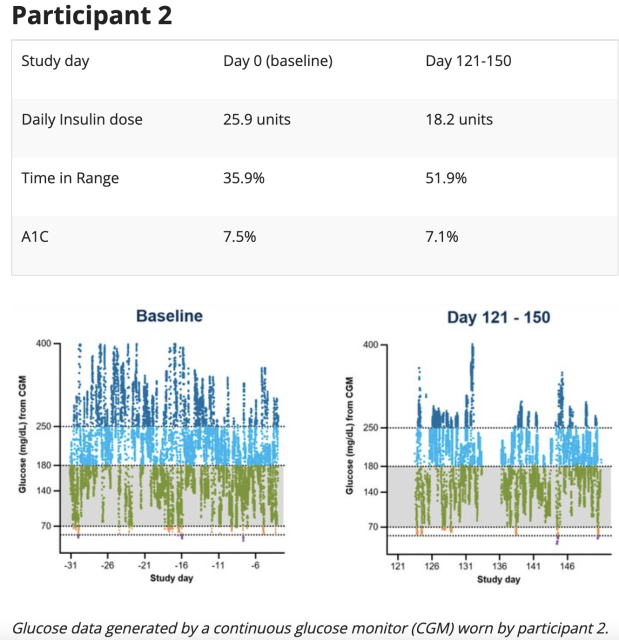 Data from Vertex’s presentation at the ADA conference.

When will this become available to more people with type 1 diabetes?

Similar to people who receive other organ transplants, those who receive VX-880 must continually take immunosuppressants to prevent the body’s immune system from rejecting the new beta cells. “We use a standard regimen of immunosuppressants, also used in patients receiving kidney transplants, an established regimen we’ve found to be generally well-tolerated,” Markmann said.

Unlike other interventions such as full pancreas transplants or beta cell islet transplants from human donors, VX-880 has the potential to be used on a much larger scale.

“Right now in the US, there are only about 1,000 pancreas transplants available, so the supply is a significant problem,” Markmann said. “Additionally, islets [from human donors] tend to be variable in quality. One of the most important aspects of this work is that there can be an unlimited supply of beta cells for transplantation going forward.”

However, on May 2, 2022, the FDA paused the trial after concluding that there was not enough evidence to support increasing the dosage of beta cells to the full planned amount.

According to Markmann, the FDA wanted more information to support increasing the dose of beta cells. Vertex is working with the FDA to address their concerns, hoping to resolve the issue as quickly as possible.

If the FDA lifts its hold on the trial, Vertex plans to expand the trial to 16 total participants in three phases.

Additional studies would then need to follow, which would likely take several more years. After all of the studies are completed, the company will need to submit an application to the FDA before it can be approved for use.

How are the participants currently doing?

Markmann mentioned that Vertex has continued regular follow-up appointments with the first recipient of VX-880.

“Patient 1 is doing great,” said Markmann. He added that before receiving  VX-880, the participant couldn’t work and had crashed his motorcycle several times due to low blood sugar. Since then, his overall quality of life has improved tremendously. Markmann did not mention any additional information about the second participant.

“This is groundbreaking work and a real leap forward for the field,” said Markmann. “While we cannot say exactly when this will become available, we are much closer to [a functional cure for type 1 diabetes] than we were before we had this approach.”

Learn more about this trial and stem cell therapy for type 1 diabetes in our articles: