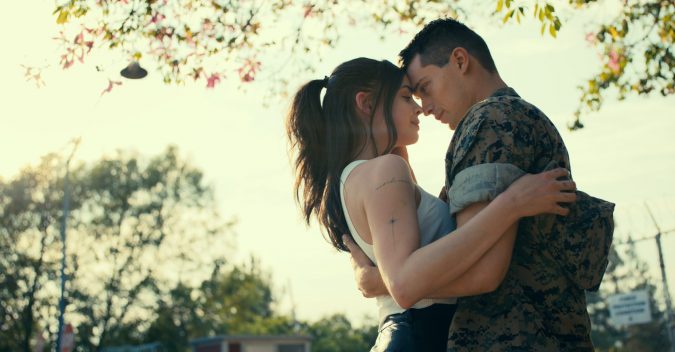 I just finished watching Netflix’s smash hit film Purple Hearts. If you’re not familiar with it yet, it’s a romance centered on Cassie, a young woman who’s six months into her type 1 diabetes diagnosis. While at its core this film is a love story, Cassie’s diabetes and her incredible struggle with healthcare in America is the main plot of the film.

People in the diabetes community are saying it’s one of the best representations of diabetes in Hollywood history. So, did it live up to the hype?

If you plan on watching it, be forewarned, SPOILERS are coming up!

WHAT THE FILM GOT RIGHT

For diabetes accuracy, this movie excels! It describes what life is really like for Americans with type 1 diabetes right now, particularly for lower-income individuals or those with part-time or freelance jobs. These were the highlights:

The state of healthcare in America. This is probably the most important aspect of the film.

What life with type 1 diabetes is really like. Finally, a film gets this mostly right!

The diabetes lingo. So many other movies and TV shows get this so incredibly wrong. Cassie spoke like a real person with diabetes.

The relationships. Cassie is surrounded by well-meaning people who try to be supportive but don’t really understand what she’s going through. Many people with type 1 know exactly what this is like.

WHAT WASN’T SO ACCURATE

As realistic as the film’s depiction of diabetes was, it’s still a movie, and there were moments that felt over the top. I have a brother who is a director and editor (he also has type 1!), so I can appreciate that movies need to exaggerate to get the point across and to heighten the drama. A mild low blood sugar that you fix with a few glucose tabs isn’t exactly exciting. One example: The filmmakers had Cassie use a massive syringe, with a needle that was MUCH larger than any needle I’ve ever seen used for insulin.

More importantly, Cassie’s symptoms (or lack thereof) felt exaggerated to me. She’s rationing her insulin so we know she’s going to be high. But the intensity of her symptoms — labored breathing, stumbling, sweating, and exhaustion – make it seem like she’s experiencing diabetic ketoacidosis (DKA). She injects some insulin, and the next day she seems healthy again. That’s just not how that works.

She also rebounded very quickly from that 68 mg/dL triple down arrow to make out with her husband. I think she’s about to find out that physical activity after hypoglycemia usually brings more lows. 😉

As good as the movie’s depiction of diabetes was, I felt it could have done an even better job. Here’s what I wish Purple Hearts had shown:

I think Purple Hearts did a great job portraying life with type 1 diabetes, both for people from the diabetes community and for viewers just learning about the condition. I hope this movie helps the world better understand what many Americans are facing each and every day.